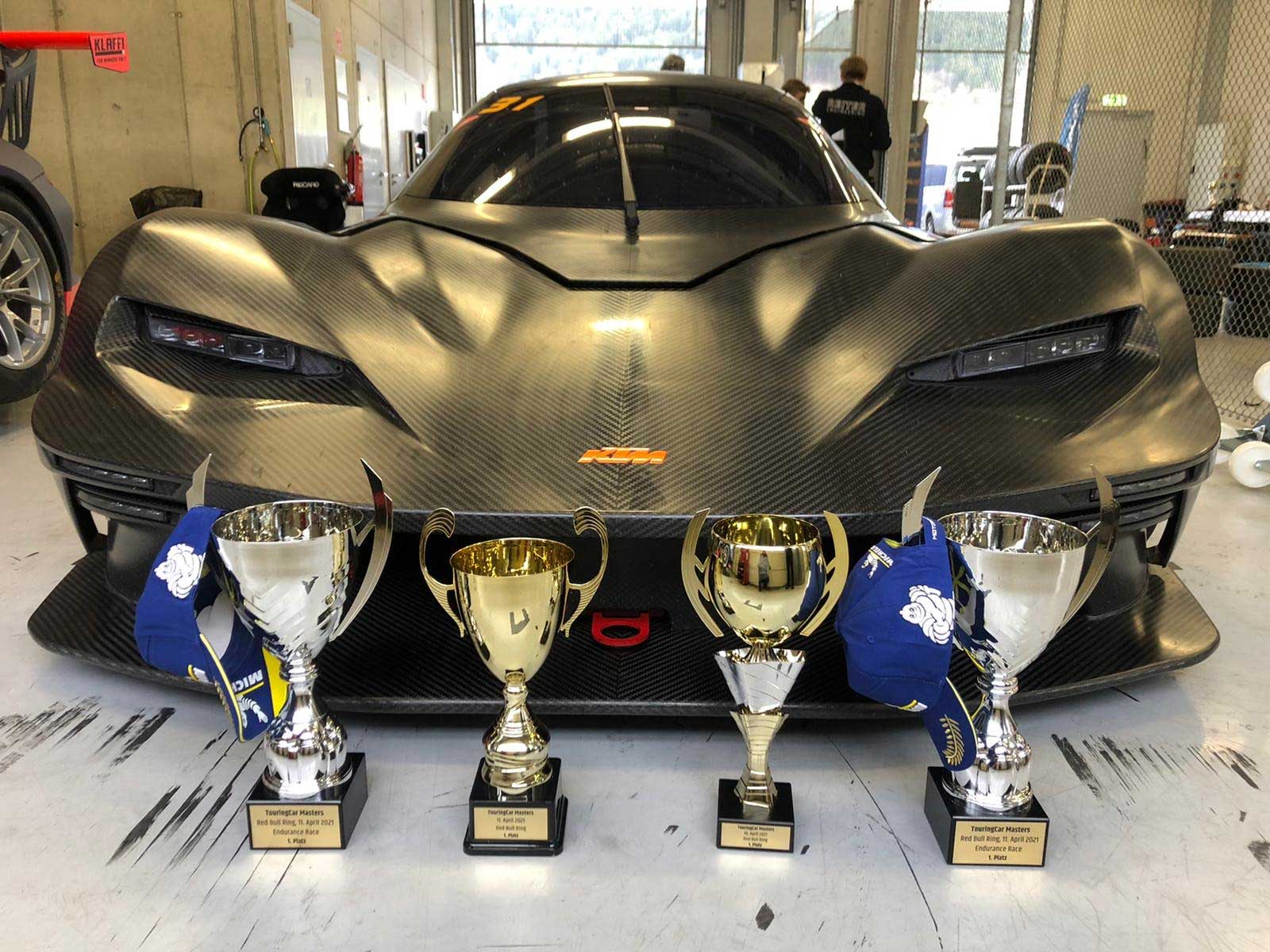 The Austrian premiere of the KTM X-BOW GTX on its home track in Spielberg, Styria, could not have gone better: In all three races, in which the new Austrian super sports car competed, it was also driven to victory by its drivers – the competition had no chance against the carbon racer.

The TCM ("Touring Car Masters Austria") started the new season with an excellent grid. As part of the Histo-Cup, the first race weekend of the year was held at the Red Bull Ring in Styria. 18 GT and touring cars started the 10-lap race on Saturday, which was characterized by the duel between Rupert Atzberger (KTM X-BOW GTX) and Georg Karner (Porsche 911 GT3 Cup). In the end, Atzberger had the better end for himself, winning his very first race with the new car. On Sunday, the Porsche squad seeked for revenge, but even if Rupert Atzberger had to hand over the lead to Georg Karner, he finally prevailed again in the end.

On Sunday noon, the one-hour “Ravenol Endurance Race” took place, and for this the man from Bavaria had brought prominent reinforcements from the Netherlands: Nobody less than Peter Kox took turns with Atzberger at the wheel – and in the end, the duo was unsurprisingly able to finish the third race with the new car at the top of the podium after one hour of racing.

Rupert Atzberger was accordingly satisfied: “An impeccable race weekend that was great fun. The KTM X-BOW GTX is simply the perfect car for a gentleman driver!” His “co-driver” Peter Kox confirmed this: “The KTM X-BOW GTX has turned out to be a great car. It is playfully easy to drive, with enough power and top speed! Rupert was great on the way, all I had to do was cross the finish line. Although the safety car caused some confusion, but luckily that didn’t irritate me!"

So far, the KTM X-BOW GTX has taken overall or class victory at all racing events in which it competed. An impressive record that not only proves the speed but also, above all, the reliability of the new car.