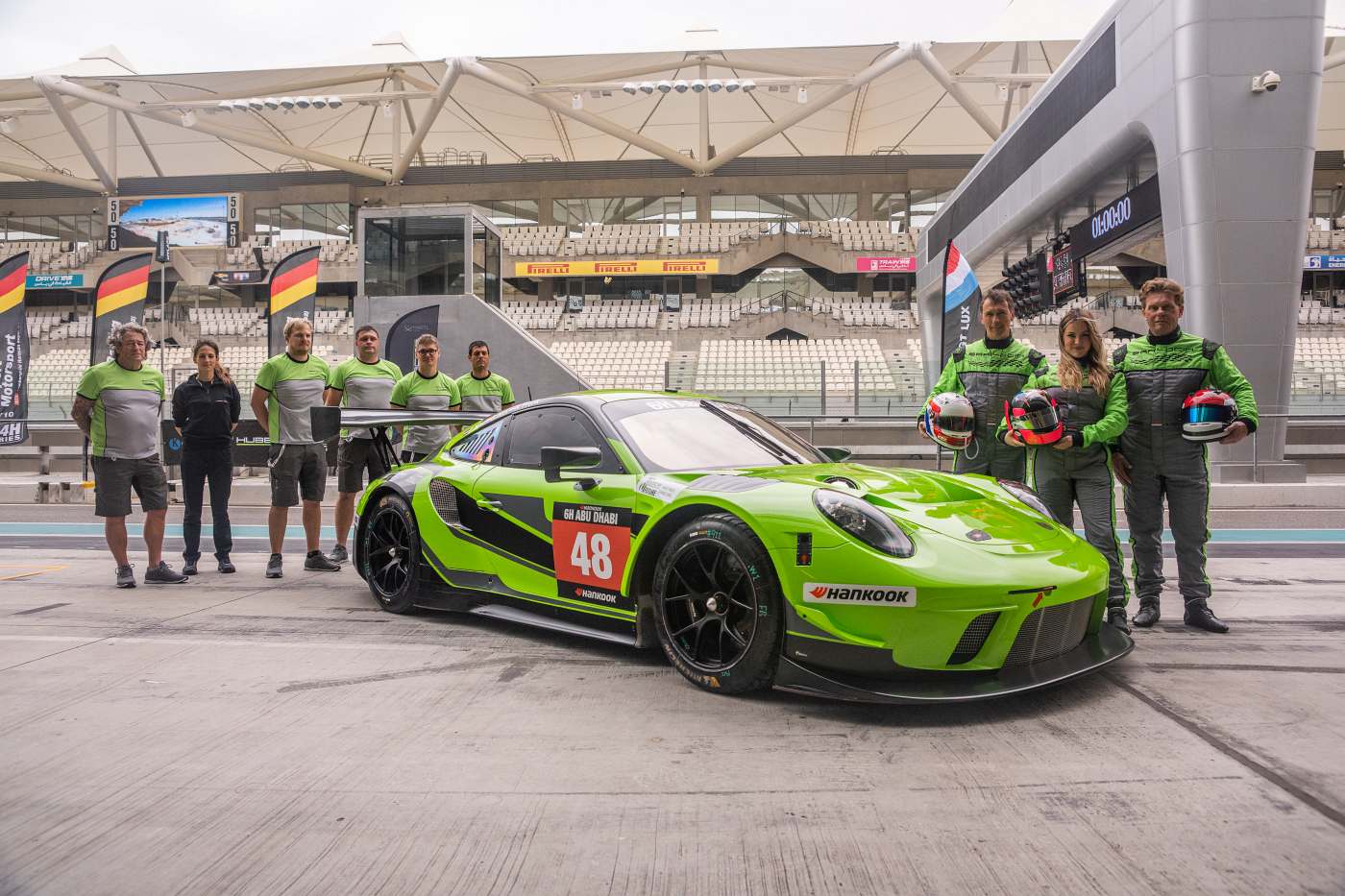 After securing pole position for the event earlier this morning, the Baron Motorsport Ferrari 488 GT3 (#86, Ernst Kirchmayr / Philipp Baron / Roman Ziemian / Axcil Jefferies / Mikkel Mac) held its advantage across the opening hour, despite the Austrian team being kept on its toes by the Lamborghini Huracán GT3s of LP Racing and Leipert Motorsport. A succession of rapid stints shortly after half-distance though saw the Ferrari gradually extend a lead it would rarely lose en-route to victory in Abu Dhabi, Axcil Jefferies even securing the fastest lap of the race – a 1m 53.172s – during his penultimate stint.

Baron Motorsport completed 166 laps of the 5.281km Yas Marina Circuit en-route to victory, with Jefferies collecting the chequered flag. The result comes just one week after the Zimbabwean driver secured his second successive win at the Hankook 24H DUBAI.

“I’m really proud of the guys,” Jefferies explained to radiolemans.com’s Lukas Gajewski. “[At half distance] we were leading quite comfortably, and all we had to do was bring the car home. There was a lot of fuel saving in the last stint – we couldn’t push at all! – but I’m very happy with this result.”

“It was massive fun!” team owner Philipp Baron continued. “We enjoyed ourselves, with the car and the track and the [24H] SERIES, and altogether it was a perfect weekend. Perfect performance from all of us, and it couldn’t end better than with pole position, the win and the fastest lap!”

Behind the Ferrari, JR Motorsport (#2, Ted van Vliet / Max Weering) came out on top of a close fight for 2nd place at Yas Marina, the BMW M6 GT3 passing the Saalocin by KoxRacing Porsche 911 GT3 R (#48, Nico Pronk / Stéphane Kox / Peter Kox) on-track for the runners-up spot inside the final 15 minutes. After six hour of continuous racing, the pair were split by just over 38 seconds at the flag.