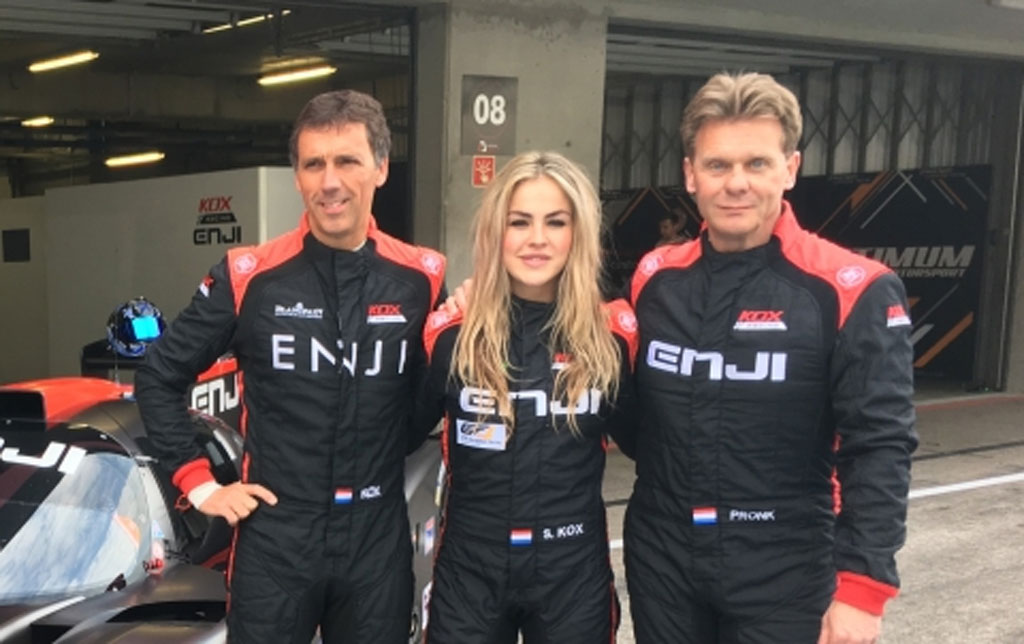 Sportscars: Stéphane and Peter Kox and Nico Pronk with Porsche in the Middle East

Father and daughter Peter and Stéphane Kox and Nico Pronk will participate in the four races of the Asian Le Mans Series 2022, which will be held in February on the Dubai and Abu Dhabi circuits in a Porsche 911 GT3 R of the Saalocin by Kox Racing team . The new team, a combined activity of Nico Pronk and Peter Kox, who have regularly raced together for many years, is housed at the Dubai Autodrome complex. "The car is run from there, so we stay there all the time at the beginning of the year," says Peter Kox. The team will also participate in the Bahrain 1000 kilometer race as well as the Creventic six-hour race in Abu Dhabi.

Nico Pronk has been living in Dubai for a number of years now and after a short absence due to his business activities, he now wants to become more active in motorsport. The Asian Le Mans Series, with a compact schedule for the second year in a row with four races in two consecutive weekends at the Dubai Autodrome and Yas Marina Circuit in Abu Dhabi, offers the ideal opportunity. "After Nico has raced Lamborghinis for years and we then drove LMP3, he has developed more and more a passion for Porsche in recent years. That is why it is logical that we will now also race with a Porsche," says Kox. Pronk is also the team's co-namer: Saalocin is his first name Nicolaas, but written backwards.

GT3 Porsches are rare and hard to come by. The GT3 variant, based on the current model generation 992, will make its appearance as a customer car during the 24 Hours of Daytona at the end of January 2023, but the previous 991 GT3 R is also as popular as ever. "We had two options to get a car, one of which ultimately fell through, and so we now have our car from Absolute Racing of Ingo Matter from Shanghai," said Kox. "The car has barely been driven, is as good as new, and is now on the boat from Shanghai."

Of course, participation in the Dubai 24 Hours would be obvious, but Kox and Pronk decided that a full 24-hour race might still be a bit too early with a new team and a new car. "We will start on January 22, the week after the Dubai 24 Hours, with the Abu Dhabi six-hour race organized by Creventic, then a week later the Bahrain 1000 kilometers, a new race by Andrea Ficarelli, the same organizer as the Gulf 12 Hours in Abu Dhabi, then the Asian Le Mans Series, February 11 and 12 each a four-hour race in Dubai and February 19 and 20 each a four-hour race in Abu Dhabi."

The operational part is handled by a team composed of people from the German Isert team and Kox Racing, which was also already active in the LMP3. "We sold the LMP3, but we kept all the material, the 'hardware'," says Kox. "It's all now on its way to Dubai, where the workshop is being set up. I'm also thrilled to be able to race with my daughter Stéphane again and I'm really looking forward to this joint new project with Nico!"